The 18th Century Village House was situated on the ramparts of the historic village of Mougins with 360 degree views over the Mediterranean and the alps! The house had to be strengthened and underpinned! Floors were replaced using  pale  coloured Tommettes (reclaimed 18thcentury  hexagonal tiles)Entrance Hall with double walnut doors leading into living room with French windows and 18th Century fireplace and we chose Venetian plaster for the wall finishes!The kitchen and dining room were adjacent  to the living room and we chose a Provençal kitchen in pale eau de nil colour to tone with  the  French biblioteque which housed the pottery for the dining area! 4bedrooms en suite were on the next  2 floors  and a roof terrace which sunken into the ancient roof tiles !we had large biot jarres with Olive trees. There were 2 vaulted  stone caves below the living room which became our shop "French Country Living"The house was always filled with sunlight as it had double aspect and the square below the house had a beautiful fountain! 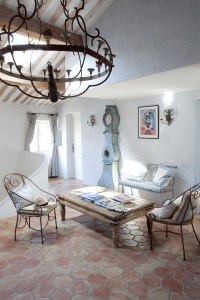 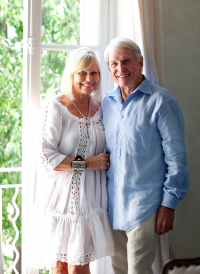 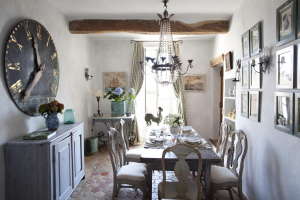 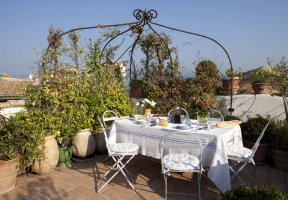 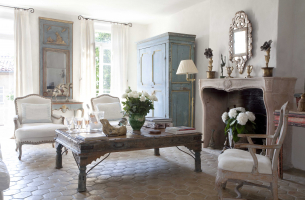 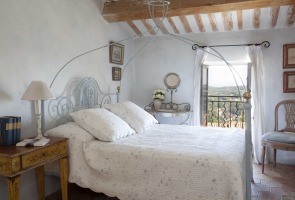 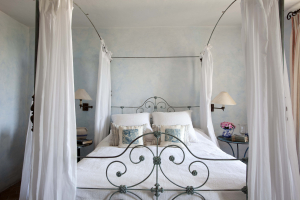