Dating from the Early 19th Century and of French origin, this oak enfilade contains three frieze drawers above panelled doors enclosing an interior with a shelf and is supported on a plinth base.

This piece has fine proportions and with its rustic charm, it would make a great addition to any kitchen or kitchen dining area. 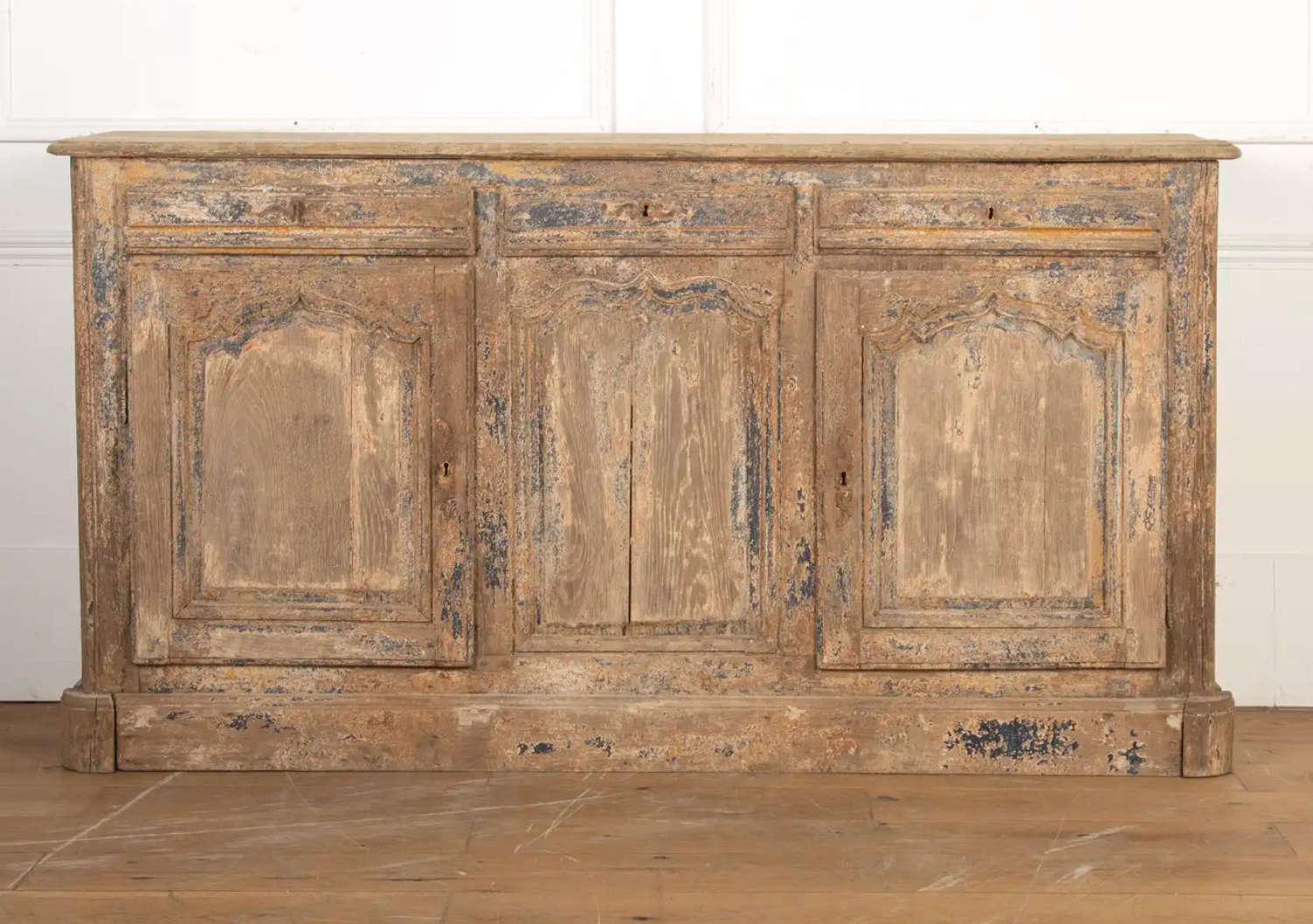 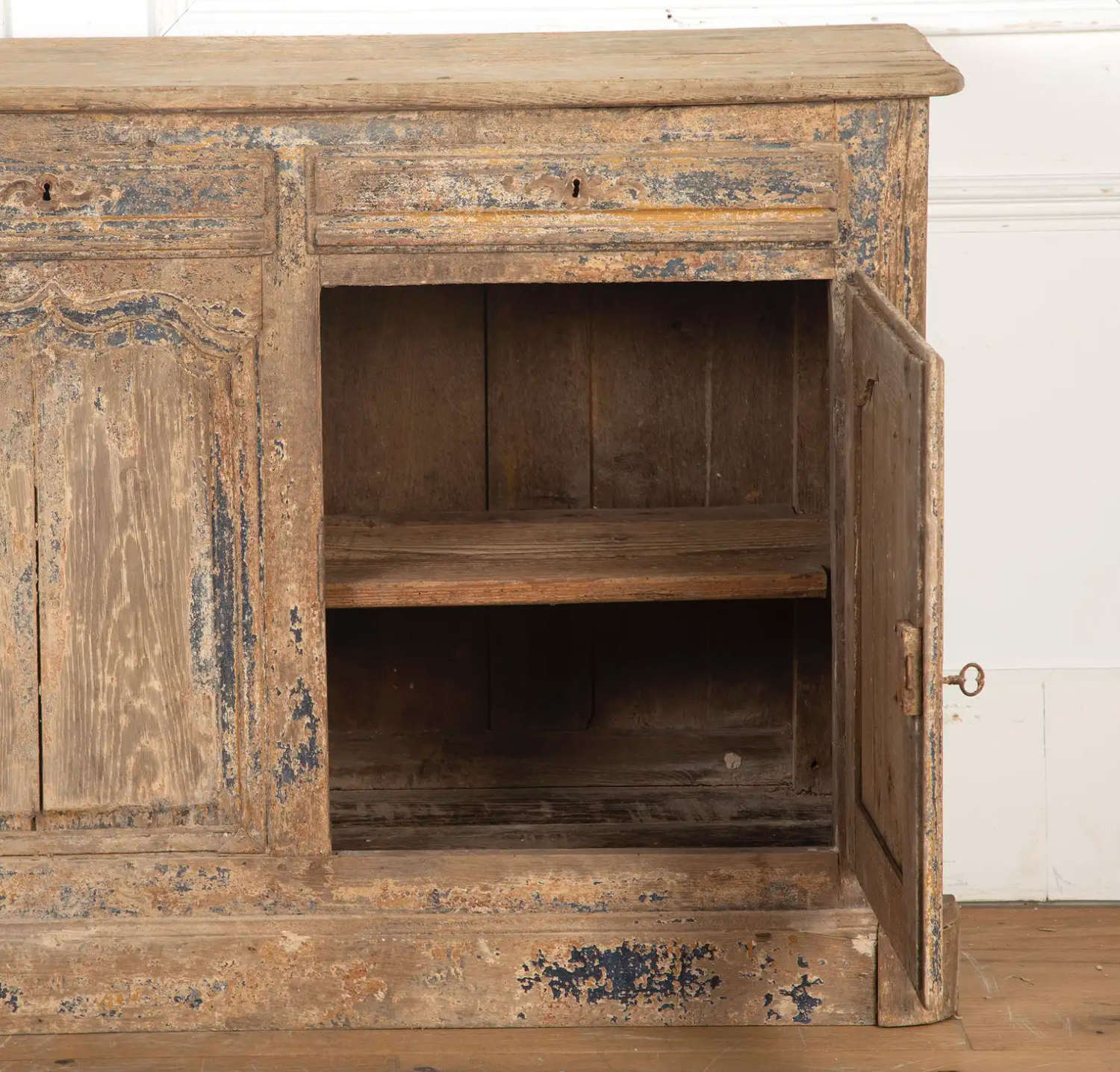 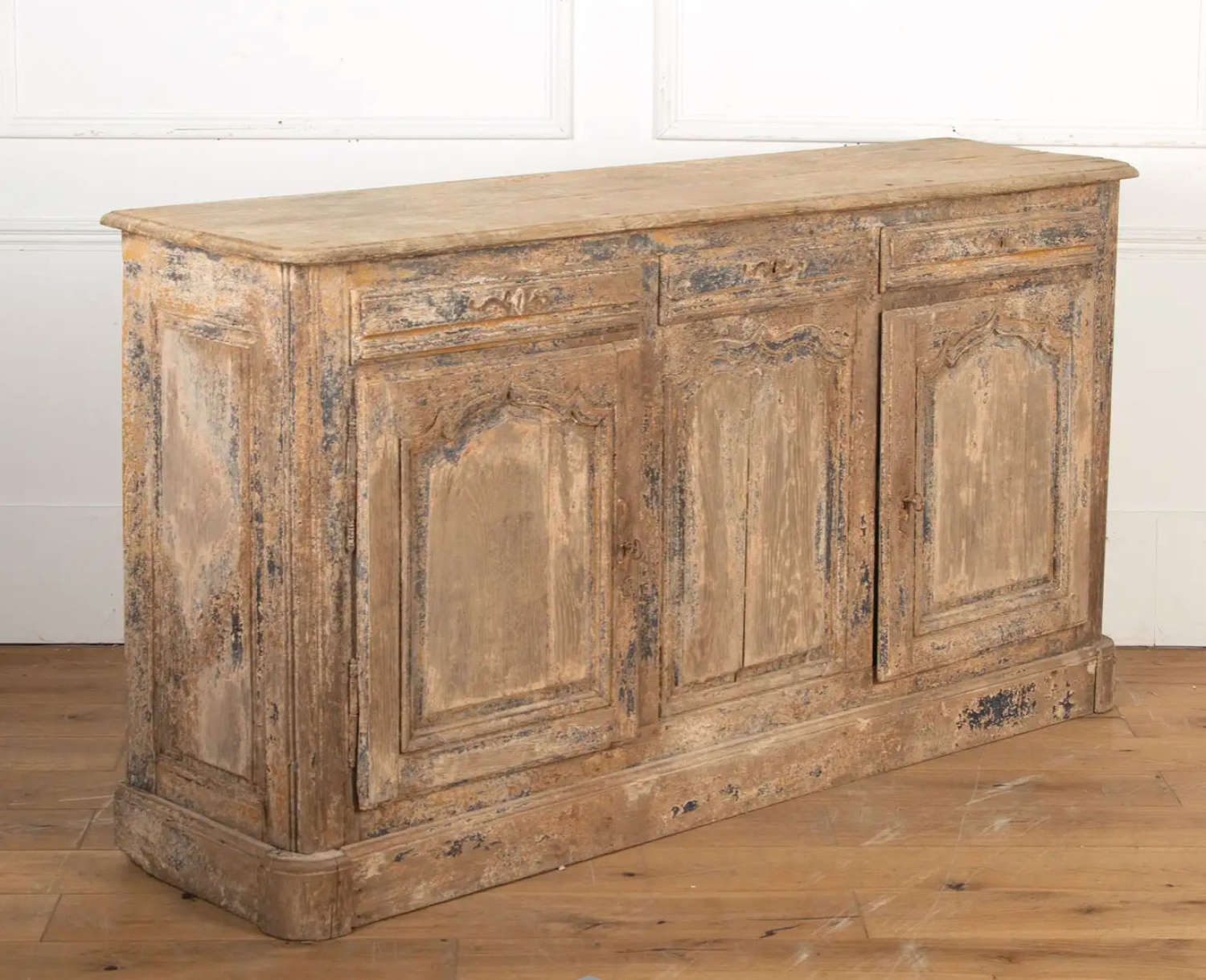 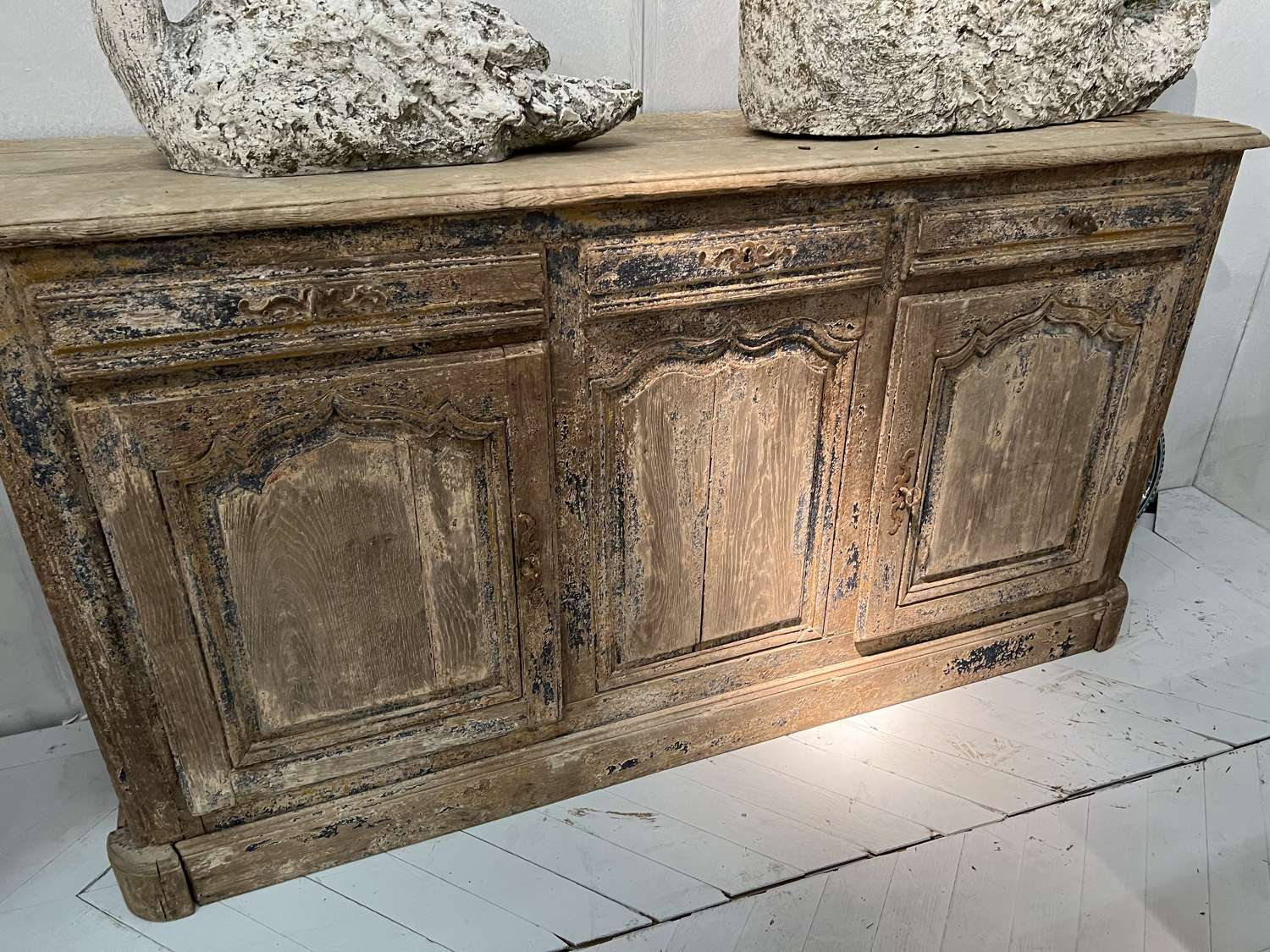 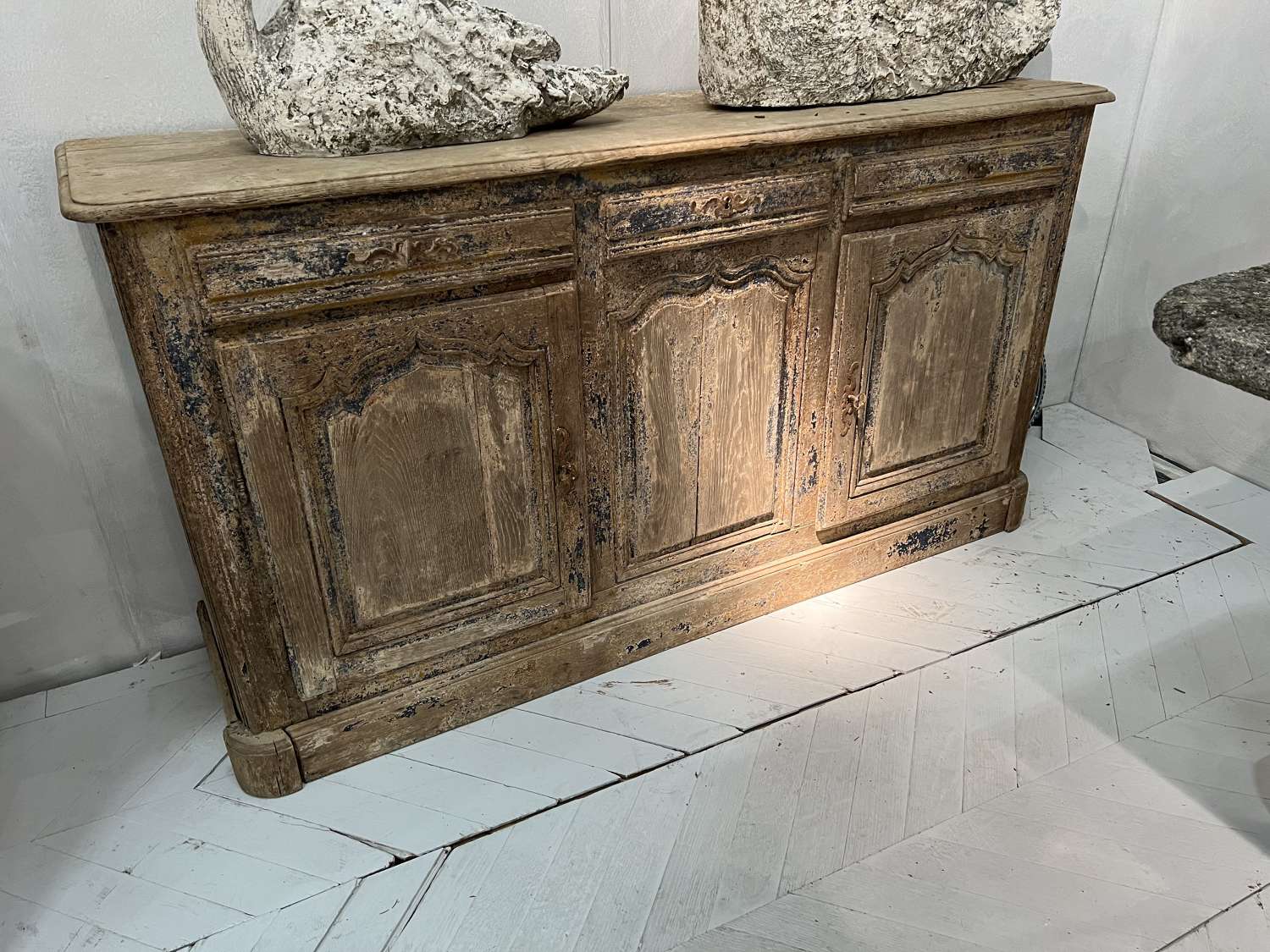